Well I promised I would report back after Oracle Openworld and here I am.

It has to be said that Siebel OpenUI was received with great applause (litterally!) at OOW.  It has to be the only session I've ever attended that had people applauding !!

So what was all the excitement about?  Well, for most it was the removal of the dependency on Internet Explorer for High Interactivity (HI) Mode.   This will make it accessible across browsers and devices and now finally on my Mac - (That will be my test number 1)!

After speaking to a number of Siebel customers, what comes next is the ability to switch on OpenUI and quickly provide a 'fresh' UI to the end user - though I would suggest it's not something you would do at 9am on a Monday morning to give your end-users a nice surprise to start their week!  It may be easier on the eye, but its not going to be life-changing...yet.

I see the OpenUI Framework more as a tool to make some dramatic changes to the way you can develop the UI that will have a major effect on how users interact with Siebel.

Though, what it also gives is carte-blanche for endless development cycles to get the colours right, the logo in the right place, the text in Helvetica 12, and probably the most dangerous...UI scripting ! 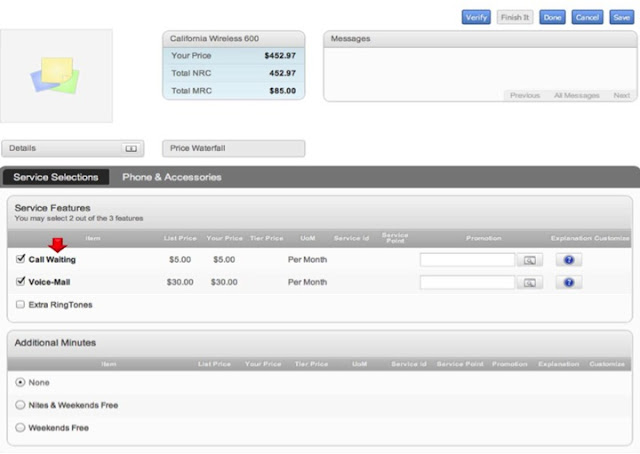 So where do Siebel customers go from here?   I've said it before in a previous post, but improving usability isn't just about a new veneer on top of Siebel - Careful consideration is needed to ensure the experience is a positive one for the end-user.   And every time I would recommend a Siebel Usage Analysis   to kick off any UI/UX project.

Get in touch if you have any further questions/comments/queries.
David


...or in other words - we are able to provide a Quoting (Configure, Price, Quote) solution for Oracle's Sales Cloud.  And we're not talking futures, it's is available now!

So if it's the only thing holding you back from moving forward with a CPQ project then get in touch.  We have the perfect complimentary solution, including Configurator and Pricing that we are certain will tick all the boxes.

If you're an Oracle Sales Rep and you are being asked for Quoting/CPQ for Sales Cloud then get in touch - we have a great solution, we can demo it now and get your opportunity moving !! 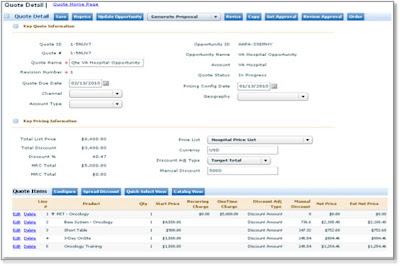 We are at OpenWorld this week, so get in touch if you want to meet up to discuss this further, or stop by our Session CON9551- Monday 3.15PM at the Palace Hotel - Twin Peaks South

See out Website for the full details of our CPQ Solutions